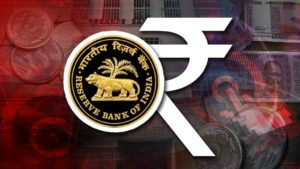 Reserve Bank of India, (RBI) in July 2015, appointed the Committee on Medium-term Path on Financial Inclusion with the primary objective of working out a “medium term (5 years) measurable  action plans”  for financial inclusion.  The Committee was headed by Deepak Mohanty, Executive Director, RBI.

90 per cent of the hitherto unserved sectors of the population get a better access to financial services and thus would be important stakeholder in the country’s economic progress. It visualizes that with the trinity of Jan Dhan, Aadhaar and Mobile ( JAM)  taking firm hold in our country, there is an opportunity that the three can seamlessly integrate to serve the population and add to  efficiency.

A cross-country study shows that India does not compare favourably in the area of financial inclusion even with other emerging economies. In 2014, over 50 per cent of the Indian adult population held an account in a financial institution, compared to over 70 per cent in various BRICS countries. India’s ATM penetration at 18 ATMs per 1,00,000 adult population is much lower than 65 in South Africa and 180 in Russia. The Committee observed that despite improved financial access, usage remains low as technology has not been optimally leveraged.

Around 60 per cent of the population of India depends on agriculture for living.  The committee is of the view that agricultural credit must go to the actual cultivator class for which land records need to be digitized. States may change their statute so that Credit Eligibility Certificate can be issued to the tenants who till the land facilitating the landless cultivators obtaining bank loans.

Innovations in Government–to-People (G2P) payments could prove to be a game-changer. Mobile banking can be used for G2P payments very efficiently. There is enormous scope to implement direct bank transfers ( DBT)  to a bank  account.

Mr. Dasarathi Mishra is a former Chief General Manager, Reserve Bank of India. He had got extensive  exposure to the banking regulations, supervision, international banking, foreign exchange, WTO agreement in financial services, regulation of  NBFCs and core central banking functions. He is a founder and Managing Partner of ‘Abhyutthana Financial Learning Centre’ with objective of spreading financial education in schools/colleges.

Want to join the discussion?
Feel free to contribute!